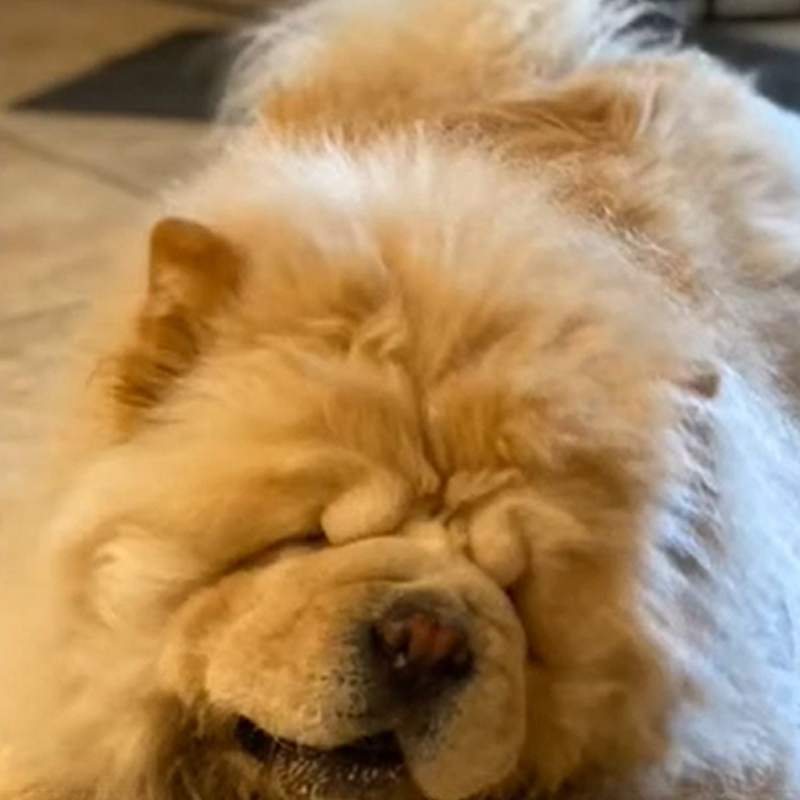 Abel was surrendered to CCRS in September of 2019. He was 2.5 years old. His owner loved him very much but, had never had a dog before let alone a chow that needs an experienced owner. Abel ended up biting a guests leg. We were told the guest was laying on the floor with the grandson and Abel loves the grandson and went to go see him and the guest put their leg up to block him and he bit her leg.

When we got Abel he couldn’t even open both of his eyes. The entropion was so bad he was almost blind. The former owner had no idea since her vet told her it was “ normal “ for a chow. He also had extreme stenotic nares ( his nostrils caving in ) and his soft palette was preventing him from being able to breathe, eat or drink properly. He sounded like he was constantly choking.

We got Abel the help he needed. He had bilateral entropion surgery, a partial brow lift, his nasal passages opened and the soft palette removed.

He became a new dog, he can now breathe without choking and loves to go on walks and to play.

Abel still requires an experienced chow owner because of the way he was bred he will likely face arthritis as he gets older, a special anti inflammatory diet, some good natural anti inflammatory supplements. He made need hydro therapy and cold laser therapy as he ages to prevent him from having many issues this breed is prone to having.

He also can not be around other large male dogs. He is great with female dogs and with smaller toy breeds male and female. He has seen cats and just looks at them curiously. Due to his bite history he won’t be adopted to a home with young children. He is a typical chow and stubborn. He does really well with grooming. He is very strong and needs his daily walks not just a fenced back yard. He does walk really well on a leash. He is used to eating Health Extension dry Venison food and once a day we top it with chicken, rice, beef, cottage cheese, etc. he loves chews and chicken jerky. He likes car rides but you might have to help boost his rear up. Abel is being fostered in Jacksonville, FL and currently does not need any medications other than heartworm prevention and flea/tick topical prevention.