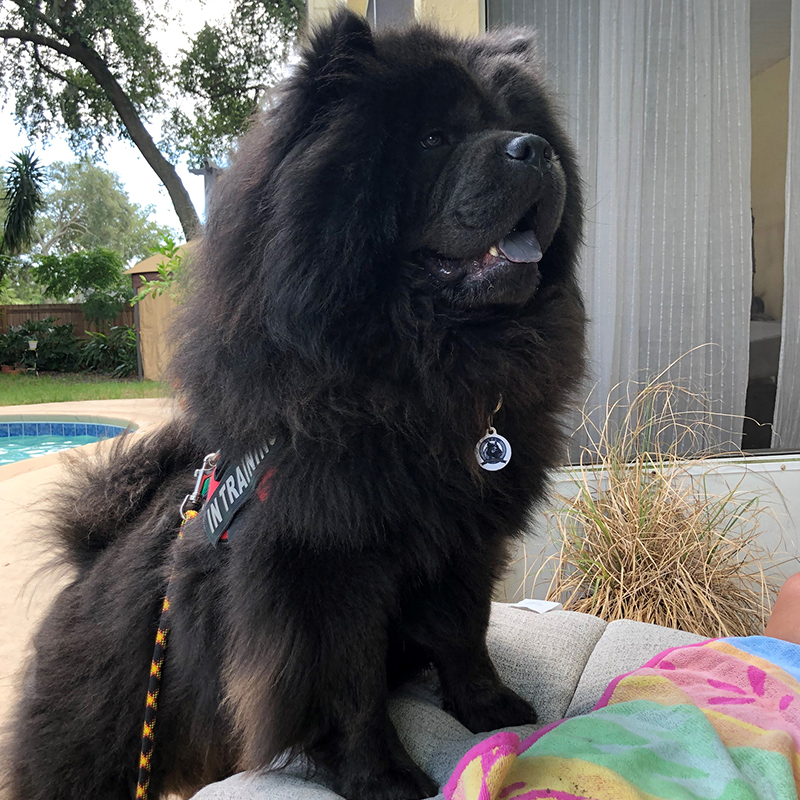 Gizmo is only 18 months old and has been shuffled around a lot. His life started at an Indiana puppy mill where he was sold to an Ohio distributor, who sold him to Petland, where he was adopted. Then dumped at an Ohio Shelter by the time he was a year old. He was adopted from the shelter by a dog trainer, unfortunately this was her first chow and she was unable to fix some of his dominant behavior. She rehomed him and that lasted for about 3 weeks and then he was returned and our rescue stepped in to help. Gizmo is a gorgeous, neutered, blue male AKC chow. He has learned that if he doesn’t want to do something that he can growl and do an air snap and that behavior has worked for him in the past.  So, we are addressing this behavior and working on decompression. He is a great boy and will be an amazing dog for an experienced chow owner that understands the breed. He will do best in a home with an Alpha female or Alpha male chow. He is currently learning that he is not in charge and that the humans are. You can pre apply for Gizmo but, he will not be adopted out until we have him behaviorally balanced. 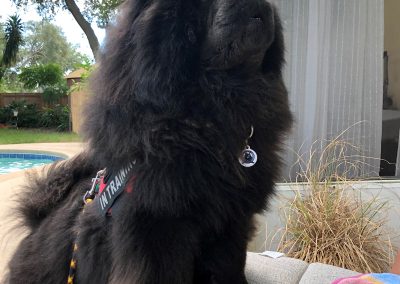 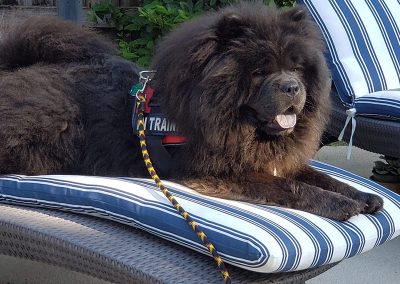